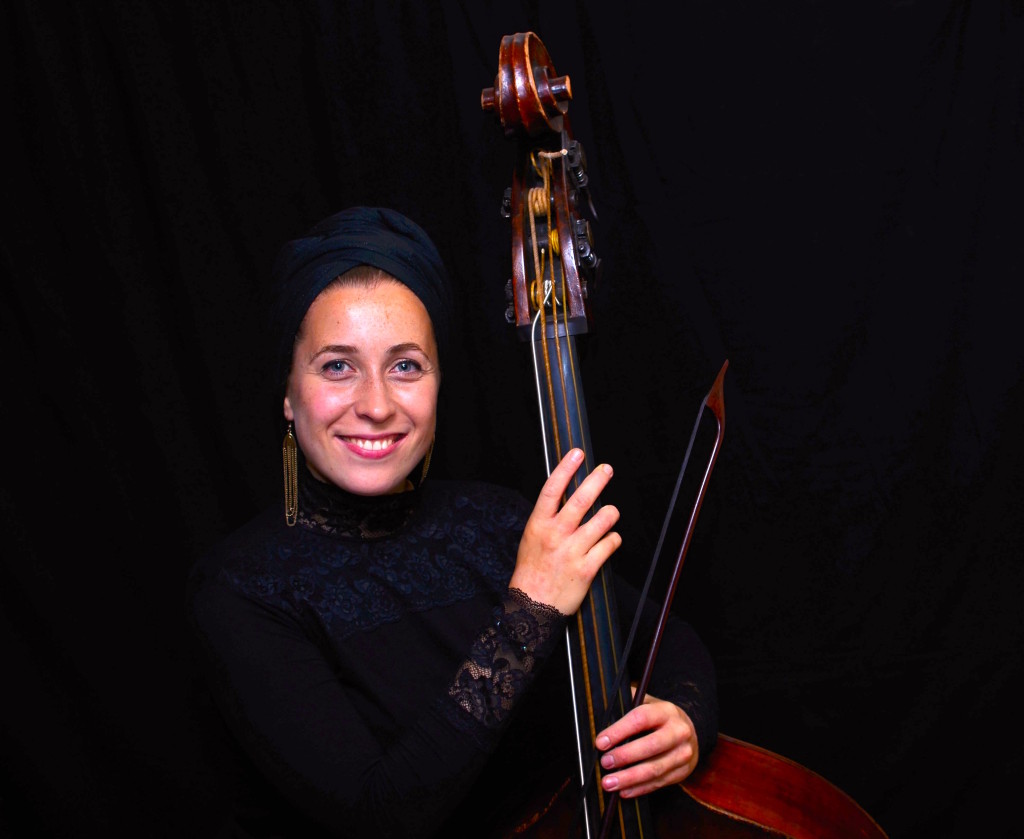 “Music evokes emotions, memories, feelings, ideas. It is equally as powerful when it is shared with others as it is when experienced alone.”

Zaynab performs throughout UK & Europe as a freelance double bassist and violone player, specialised in historically informed performance practice. Experienced as both a chamber and orchestral musician in the field of early music, Zaynab has played under the direction of such notable figures as William Christie, Sir Simon Rattle, François-Xavier Roth, Richard Egarr and Maggie Faultless and performs regularly with orchestras such as Orchestra of the Age of Enlightenment, Ex Cathedra, Music for Awhile and The Mozartists. Zaynab is principal double bassist and a founding member of Amsterdam Corelli Collective. She has performed in some of Europe’s most prestigious concert halls including Royal Albert Hall (UK), Royal Festival Hall (UK), Concertgebouw (NL), Muziekgebouw aan ‘t IJ (NL), Muziekgebouw Eindhoven (NL) and De Bijloke (BE).

Zaynab studied modern orchestral and solo double bass for five years at the Guildhall School of Music and Drama (UK) where she obtained her first bachelor’s and master’s degree. She then moved to the Netherlands in 2011 to continue her studies with Margaret Urquhart at the Conservatorium van Amsterdam (NL) to specialise in historical performance practice, completing both her bachelor’s and master’s degree in early music.

During her studies she was principle double bassist of the European Union Baroque Orchestra in 2012 and in 2014 she took part in the prestigious Ann and Peter Law OAE Experience scheme in London, with whom she performed Handel’s The Creation under the direction of Sir Simon Rattle.

As a teacher Zaynab has extensive experience working in the education sector with non–profit organisations, schools and privately, with students of all ages and enjoys the educational work that Amsterdam Corelli Collective is committed to.

After living in The Netherlands for over six years, Zaynab now resides in Birmingham, UK.

How did you come to start playing music?
I was told by my parents at the age of seven that I had to learn a musical instrument!

What made you start baroque music?
I can't remember when I first made the distinction of 'baroque' but throughout my studies I became more and more drawn to early music and musicians specialising in historical performance practice.

What is special about historically informed performance?
There is an inquisitive and passionate energy surrounding the field of early music, with performers wanting to get more and more out of the notes on the page.

What does Amsterdam mean to you?
Amsterdam was a city I wanted to live in before I had even visited it. I loved the architecture, the canals and the bicycles. Since living here I enjoy the variety of people that come to live and work in this city, and the important role of the bike in my life!

Who or what inspires you when you play?
I enjoy and need the space that music gives me to feel and express myself without words.

What makes a performance?
Commitment, passion and generosity!

If you were not a musician, what would be your chosen profession?
When I was a teenager I was drawn to the idea of becoming a fishmonger...not so sure about that now.

Why are you a musician?
I became a musician because there was nothing else I wanted to do.

What can music give us?

Music evokes emotions, memories, feelings, ideas. It is equally as powerful when it is shared with others as it is when experienced alone.

What do you do when you are not playing your instrument?

I sit in cafes drinking coffee.