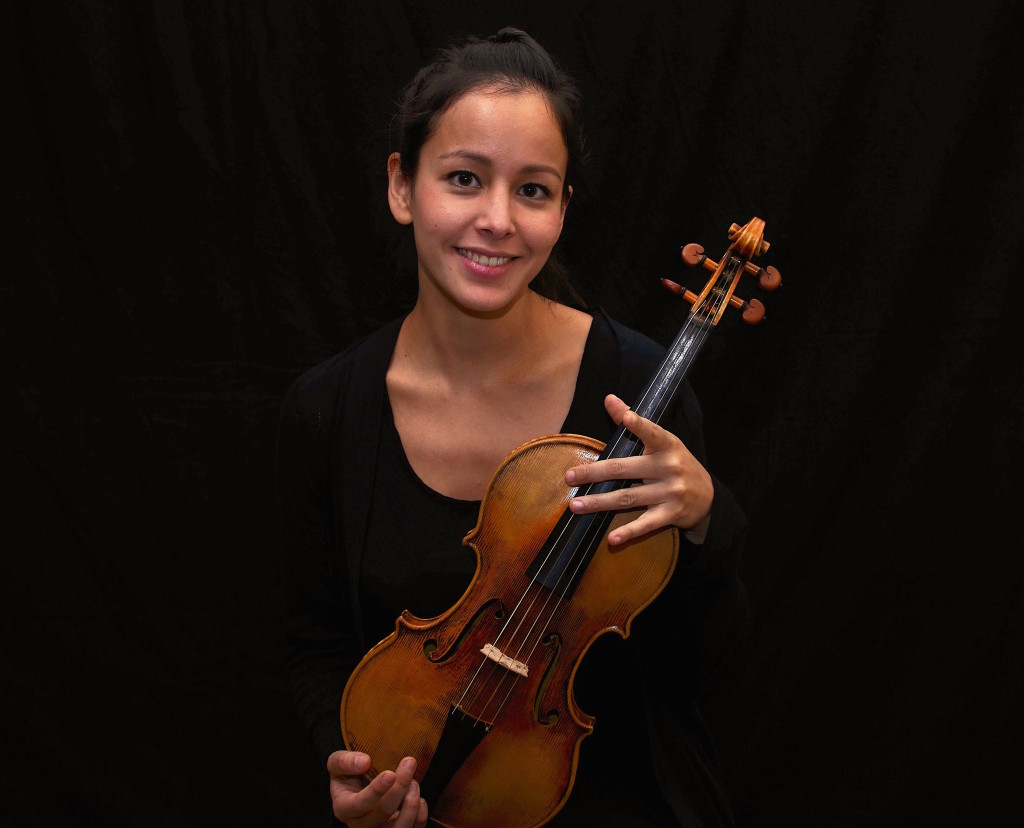 “The first time I played with a baroque bow I felt like I had dressed head to toe like someone in Pride and Prejudice.”

Ryuko Reid is a British-Japanese violinist, who started playing the violin from the early age of five. In 2010 she completed her master’s degree at the Royal Northern College of Music (UK) with Jan Repko, alongside which she worked as a violin teacher at Chetham`s School of Music. From her love for baroque music she decided to move to the Netherlands to specialise in historically informed performance practice. After completing her bachelor’s degree with Sophie Gent at the Conservatorium van Amsterdam (NL) she also successfully completed her master’s degree in baroque violin with Kati Debretzeni at the Koninklijk Conservatorium Den Haag (NL).

Ryuko is resident violin teacher at the Muziekschool Amstelveen (NL) and regularly leads music workshops in music institutions such as Codarts University (NL) as well as in asylum seeker centres with the organisation Vrolijkheid.

Besides her teaching engagements she performs as a baroque violinist throughout Europe with early music ensembles such as Holland Baroque Society, ‘t Kabinet, Northern Consort, Luthers Bach Ensemble and Tulip Consort (Johannette Zomer). Ryuko is also the artistic director and leader of award-winning baroque ensemble Amsterdam Corelli Collective, which has performed at festivals such as Ambronay Festival (FR), Grachtenfestival (NL) and Seviqc Festival (SI). Ryuko also stars in 3ach, A Stairway to Heaven by Zonzo Theatre Company (BE), a musical theatre production touring Europe, which has been nominated for a Yama award.

How did you come to start playing music?
A determined 5 year old often gets her own way.

What made you start baroque music?
The first time I played with a baroque bow I felt as if I was dressed head to toe like someone in Pride and Prejudice.

What is special about historically informed performance?
I love the bass lines.

What does Amsterdam mean to you?
Charm.

Who or what inspires you when you play?
Stories, words, colours and more recently taste.

What makes a performance?
Imagination and belief.

If you were not a musician, what would be your chosen profession?
A carrot (a quote from my 5 year old self).

Why are you a musician? What can music give us?
I am a musician because I can’t not do it.

What do you do when you are not playing your instrument?
You’ll find me climbing.