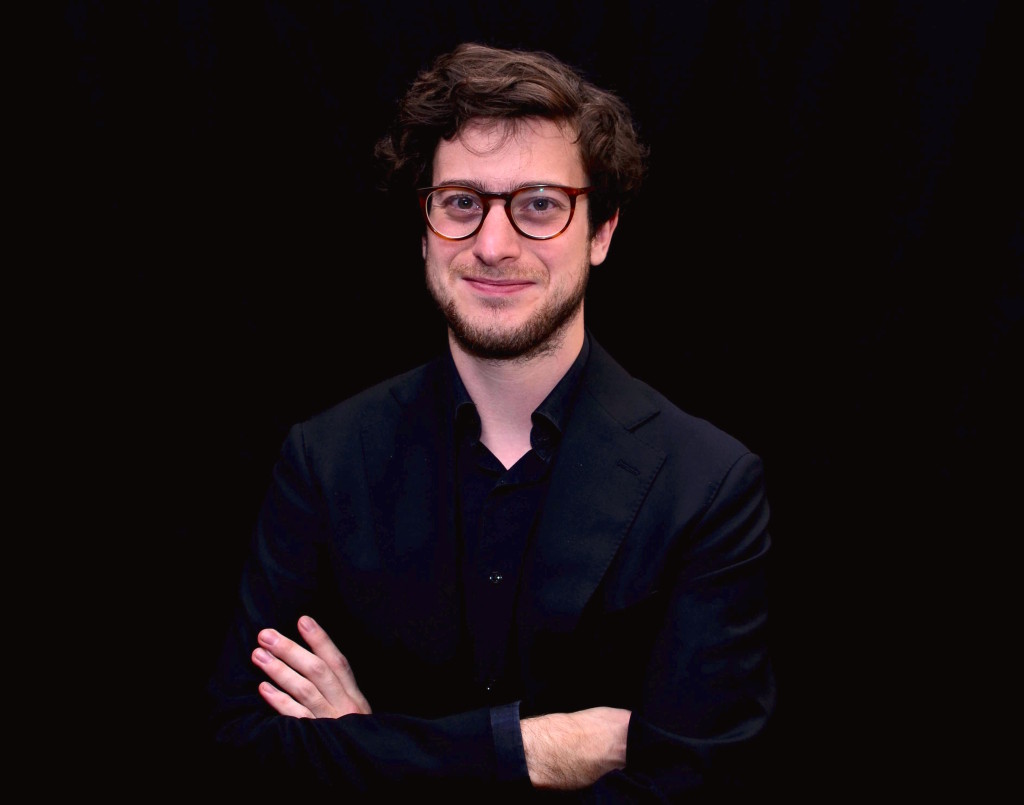 “That researching is part of playing the music and also the other way around. For me it's evident that early music musicians are more restorers then they are interpreters.”

Belgian harpsichordist Mario Sarrechia (1988) completed his education at the conservatories of Antwerp (Ewald Demeyere) and Amsterdam (Bob van Asperen, Menno van Delft and Richard Egarr) with distinctions. During his studies, he attended masterclasses with leading musicians such as Gustav Leonhardt, Sigiswald Kuijken and Christophe Rousset.

After his studies, he became part of the world-renowned baroque orchestra La Petite Bande, led by Sigiswald Kuijken. He performs regularly with them as both continuo-player and soloist, also performing in their Europe and Japan tours. Together they have recorded multiple CDs with the record label ACCENT.

As a soloist, Mario is invited to perform frequently both at home and abroad, with a repertoire ranging from the 16th to the 19th century on both the harpsichord and the organ. In 2013 he recorded a solo CD with music related to the Ruckers family, the renowned Antwerp harpsichord manufacturers.

As an academic, Mario has researched keyboard intabulations of French chansons and has given multiple lectures concerning this topic, including at the world renowned University of Cambridge (UK). Finally, he also teaches Music Theory at the University College of Leiden (NL).

How did you come to start playing music?
I had a complete epiphany when watching the movie 'Amadeus' as a child.

Why made you start baroque music?
After hearing the Brandenburg Concertos.

What is special about historically informed performance?
That researching is part of playing the music and also the other way around. For me it's evident that early music musicians are more restorers then they are interpreters.

What does Amsterdam mean to you?
A city that still breaths the 17th and 18th century is very inspiring to live in. For me Amsterdam is like a lover who's also a good friend.

Who or what inspires you when you play?
There's no such thing as "a divine inspiration" when you're playing. Music is like a language that you're able to speak and understand, I think about what I can do -as a medium- to communicate what a composer -who's been dead a long time- wanted/needed to tell an audience.

What makes a performance?
I don't know, I don't think anybody knows. It's not like a well hidden secret, it's a moment where things fall in place and you're in a flow: more like a good (sober) conversation in café.

If you were not a musician, what would be your chosen profession?
I studied a bit of philosophy in the past and love to read Dutch novelists. I'd probably be doing something with books.

Why are you a musician? What can music give us?
I'm a musician because at a certain point it was clear I was better than the average and that I also liked doing it a lot. Music can give us or me what it's meant to give us: the ideal pastime that's also at times a comforting shoulder.

What do you do when you are not playing your instrument?
Having my daily worries, meeting people, reading a book or swimming (which, in fact, I should definitely do more often).