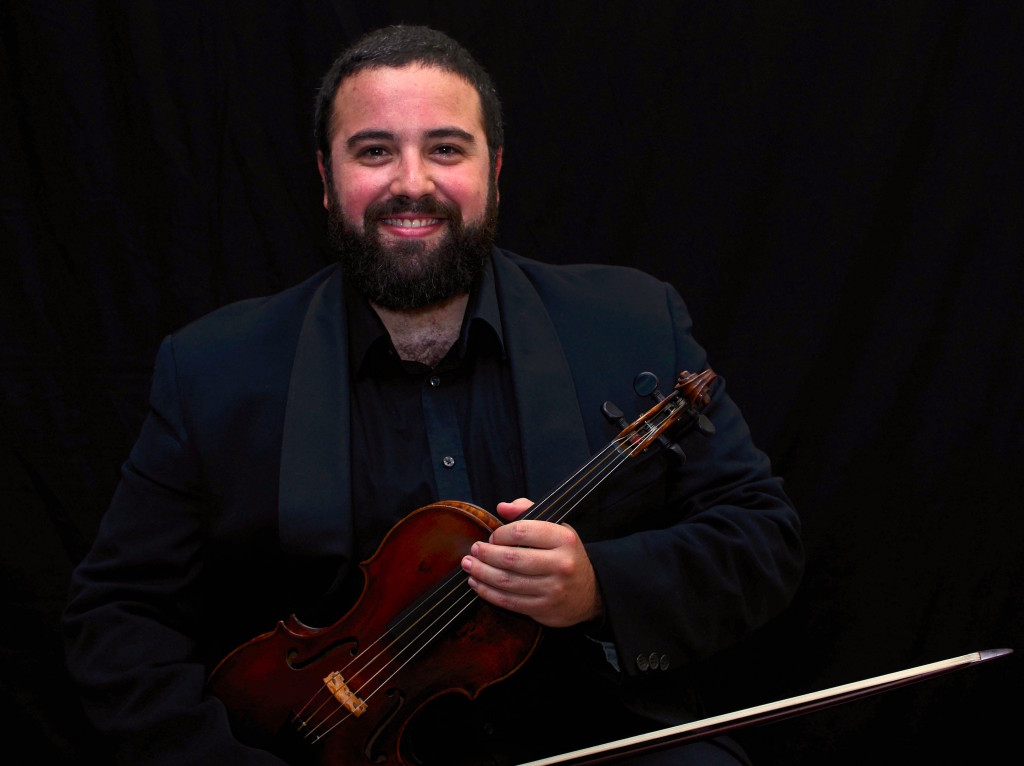 “Music gives me happiness. It brings me the possibility of knowing myself better”

He was then accepted onto the bachelor’s degree at the Conservatorium van Amsterdam (NL), where he studied with Sophie Gent, and from 2014 onwards studied with Shunske Sato and Cornelis Koelmans. He also studied chamber music with Ton Koopman, Alfredo Bernardini, Pieter van Heyghen, Jed Wentz, Menno van Delft and Eduardo López Banzo; baroque viola with Jane Rogers; and orchestral playing with Sigiswald Kuijken, Giulio Prandi, Paul Dombrecht, Robert Levin and Richard Egarr. He has also participated in masterclasses with Amandine Beyer, Lucy van Dael, Bojan Cicic, as well as with the teachers from the Juilliard School of New York (USA), Robert Mealy and Cynthia Roberts.

In 2017 he won a scholarship from the Asociación de Amigos de la Orquesta Barroca de Sevilla (ESP), working and performing with the Orquesta Barroca de Sevilla under the leadership of the cellist Kristin von der Goltz. He also played next to Rodolfo Richter in a chamber music concert of Otoño Barroco. As a result of winning a scholarship, Isidro was given the opportunity to perform a solo recital in the 34th edition of the Festival de Música Antigua de Sevilla (FeMÀs 34), Spain.

Isidro currently plays with various early music ensembles in Holland, such as Amsterdam Corelli Collective (of which he is a founding member), Eik en Linde, Florilegium Musicum and The Bach Orchestra of the Netherlands. He has performed in prestigious concert halls such as the Muziekgebouw aan’t Ij and Concertgebouw van Amsterdam, as well as in festivals such as the Grachtenfestival Amsterdam (NL), MA Brugge Festival (BE) and Utrecht Oude Muziek Festival (NL). He has given concert tours in Belgium, the Netherlands, France, the United Kingdom, Italy, Germany, Spain and Slovenia.

How did you come to start playing music?
I heard Mozart´s Requiem.

What made you start baroque music?
I always loved the repertoire!

What is special about historically informed performance?
Rediscovering the music and its history to find a new sound and understanding.

What does Amsterdam mean to you?
A rich history of early music.

Who or what inspires you when you play?
Usually the music alone, but I am also inspired by other musicians.

If you were not a musician, what would be your chosen profession?
Teacher.

Why are you a musician? What can music give us?
Music gives me happiness. It brings me the possibility of knowing myself better.

What do you do when you are not playing your instrument?
Reading, composing, sports, cultural hobbies...