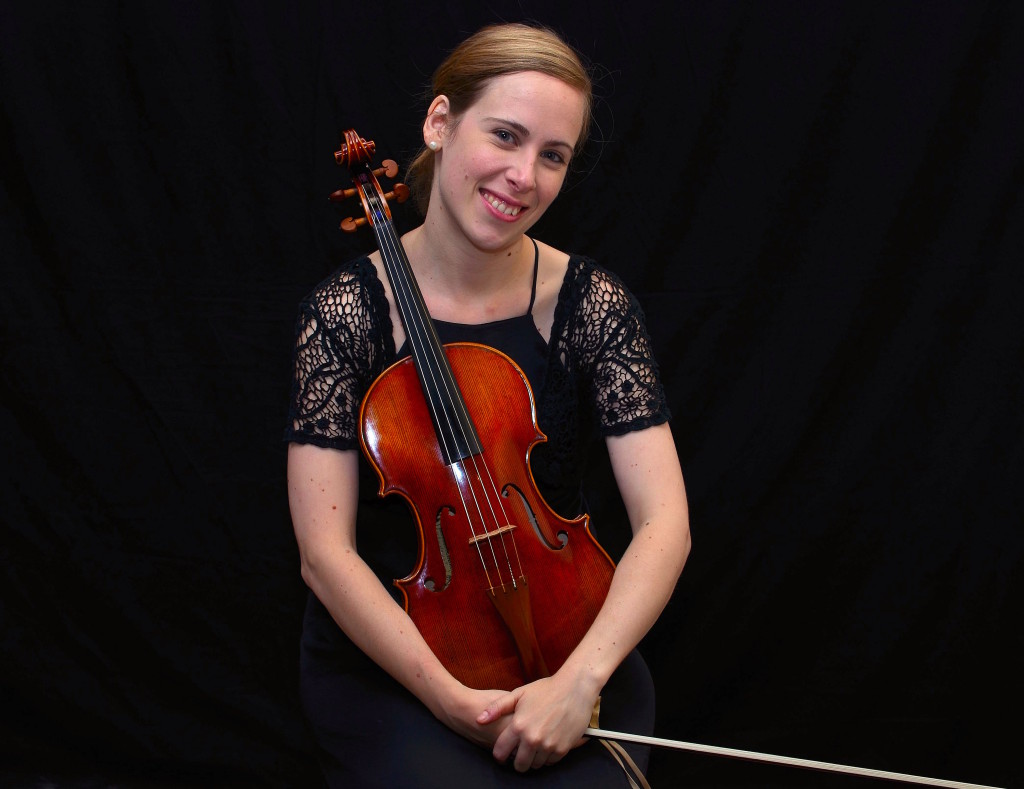 “I got a degree in Latin and Ancient Greek, so it would have to be something related with that; research, translation, critic edition...”

Born in Madrid in 1985, violist Isabel enjoys an international chamber and orchestral performance career, both on modern and period instruments. Nowadays she combines her chamber music activity as violist of the Bauhaus Quartet and other groups such as Tiento Nuovo, Ensemble Diderot and Café Classique. She collaborates on a regular basis with the National Orchestra of Spain, Helsinki Baroque Orchestra, Orchestra of the Community of Madrid, Chamber Orchestra “Andrés Segovia”, Opus 23, Holland Baroque, Musica Amphion, Concerto 1700, Stile Galante, Nereydas and La Madrileña, among others.

Isabel began her music studies in her native city and graduated in Greek and Latin at the University of Madrid (ESP). Then she decided to focus on her musical development and moved to Barcelona for her bachelor’s degree, studying with Jonathan Brown and the Casals Quartet at the Escola Superior de Música de Catalunya (ESP). In 2013 she finished her master’s degree at the Conservatorium van Amsterdam (NL) under the guidance of Marjolein Dispa and Jürgen Kussmaul, with the support of the Spanish Association of Performers.

In 2015 she served as principal violist of the European Union Baroque Orchestra and at the Pacific Music Festival Orchestra in 2014. In 2012 she won a place on the academy of the ASKO/Schönberg Ensemble (NL) and was artist-in-residence at La Rectoria in Barcelona (ESP).

How did you come to start playing music?
When I was five my best friend Anita started playing piano and I wanted to be with her all the time!

What made you start baroque music?
When I chose to study the viola I thought I was choosing viola da gamba, so I was very disappointed when I first saw the instrument. This thought remained with me for years until I could finally play some Baroque music!

What is special about historically informed performance?
Learning the language of rhetoric and searching for the magic resonance of the gut strings.

What does Amsterdam mean to you?
It is an inspiring international city; not too big to lose oneself in yet big enough to enjoy a rich cultural life.

Who or what inspires you when you play?
Love.

What makes a performance?
Involved musicians with the same goal, playing at their best and having fun.

If you were not a musician, what would be your chosen profession?
I got a degree in Latin and Ancient Greek, so it would have to be something related with that; research, translation, critic edition...

Why are you a musician?
I can't not be a musician.

What can music give us?
A sense for life! Fun!

What do you do when you are not playing your instrument?
Yoga, Alexander technique, visiting friends and family and enjoying life with my boyfriend.