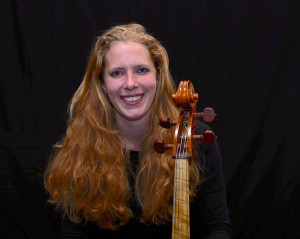 Cellist Irene Kok is known for her outstanding musical performances and sensitive playing. As a passionate chamber musician Irene has performed in all the major music venues in the Netherlands, such as Concertgebouw in Amsterdam. She has also performed in major venues abroad including the Musikverein in Vienna (AT), the Megaron in Athens (GRC) and the Philharmonic in Minsk (BY). Irene Kok regularly appears on Dutch radio and television and has also appeared on radio abroad, including British national radio channel BBC Radio 3 and Israel’s Kol HaMusica.

Irene Kok received her first cello lessons at the age of 10 and soon after was enrolled onto the class of young talented musicians of the ArtEZ Conservatory (NL) with Jeroen Reuling. Since 2010 she has been studying at the Conservatory of Amsterdam with Jeroen den Herder and Viola de Hoog. From 2016 she is doing her post graduate study at the Universität für Musik und Darstellende Kunst in Vienna with professor Latzko, made possible with a scholarship from the Prince Bernard Cultuurfonds and Müllerfonds.

Irene has won numerous competitions, including first price at the Prinses Christina Concours and the Euro Competition for cello. She is Laureat at Kiejstut Bacewicz International Chamber Music Competition. Irene Kok played as principal cello in the Dutch National Youth Orchestra for several years and was selected to play in the Master Academy of the Netherlands Philharmonic Orchestra in 2014 and Zermatt Festival Academy (CH) in 2017/18. She is a member of the Chimaera Trio, Zenith Celloduo and Amsterdam Corelli Collective, which was selected to take part in the Ambronay Cultural Encounter Centre's (FR) Eeemerging Project for 2015.

Irene plays on a Capicchioni cello which is kindly lent to her by the Dutch Musical Instruments Foundation.