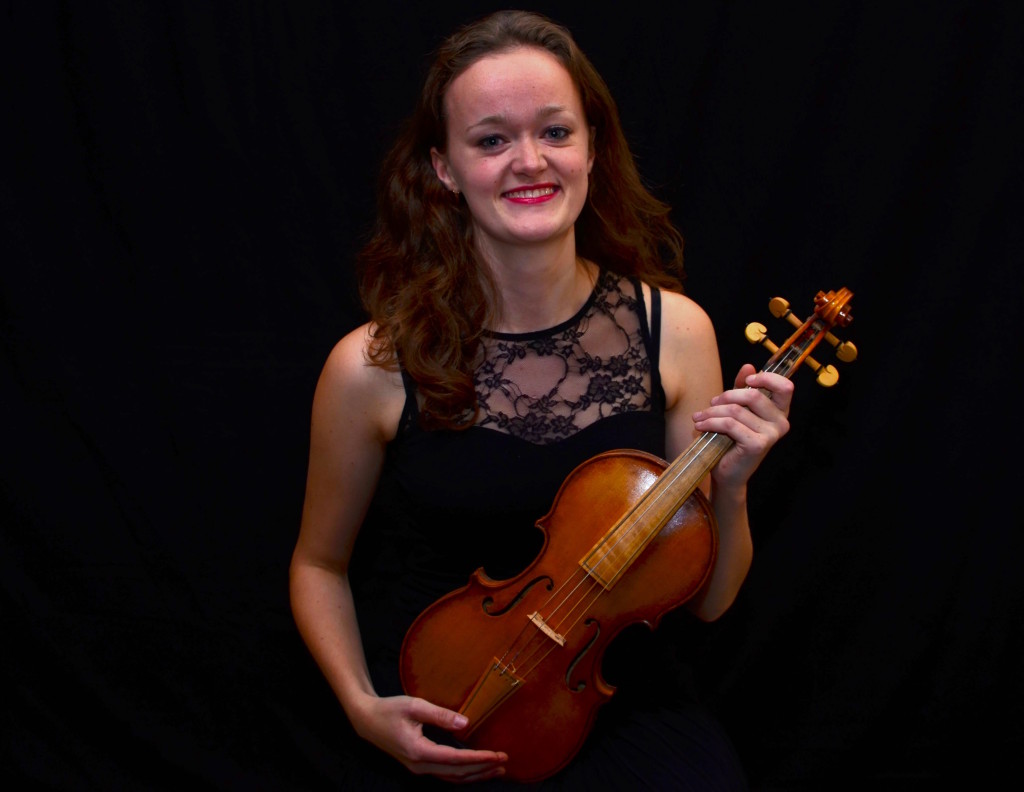 “I studied and lived in Amsterdam for 4 years and I enjoyed it tremendously. The city is full of beauty and culture, and it never stopped inspiring me.”

Hannah Visser, born in the Netherlands, performs throughout Europe as a freelance violinist, specialising in historically informed performance practice. After obtaining her bachelor’s degree at the Conservatorium van Amsterdam (NL), studying with Kees Koelmans, she continued her studies at the Hochschule für Musik Freiburg (DE), with prof. Gottfried von der Goltz.

As a regular guest, Hannah plays with the Freiburger Barockorchester, next to guest performances with the Nieuwe Philharmonie Utrecht, the Folkwang Kammerochester Essen and La Stagione Frankfurt.

Of great importance and influence to her playing were lessons and masterclasses by Ton Koopman, Richard Egarr, Sophie Gent, Shunske Sato, Alfredo Bernardini and Anner Bijlsma, amoung others, as well as regularly taking part in projects of Spira mirabilis and the European Union Youth Orchestra.

Since October 2017, Hannah is studying baroque violin at the Hochschule für Musik und Darstellende Kunst Frankfurt (DE), with prof. Petra Müllejans, to deepen and broaden her skills and knowledge of historical performance practice.

How did you come to start playing music?
When I was 4 years old, I attended the open day of the music school where my brother played the cello. Very coincidentally a violin teacher put a violin in my hand and I fell in love with the instrument. I then started begging my parents for lesson until they let me play.

What made you start baroque music?
My teacher in Amsterdam was also a baroque musician so he taught me a lot about baroque rhetoric and style of playing. I became very interested in historically informed practice and decided I also wanted to start playing the baroque violin.

What is special about historically informed performance?
Baroque music is so full of character and energy. For me, playing on historical instruments brings this out in the most natural way.

What does Amsterdam mean to you?
I studied and lived in Amsterdam for 4 years and I enjoyed it tremendously. The city is full of beauty and culture, and it never stopped inspiring me.

Who or what inspires you when you play?
Listening to a great concert or even a fantastic recording is always a special occurrence, but for me, listening to and working together with my friends and colleagues is the biggest inspiration!

What makes a performance?
Communication, energy and chemistry on stage. Of course the level of playing has to be very high, but to make a performance very special for both audience and musicians I think these first three things are very important.

If you were not a musician, what would be your chosen profession?
I would probably have studied medicine...or philosophy...or French. Too much to do!

Why are you a musician?
Music has always been an important part of my life, but in the last few years it has become an indispensable part of my life. I'm astonished by the effect music can have on someone and I would like to share that with everyone.