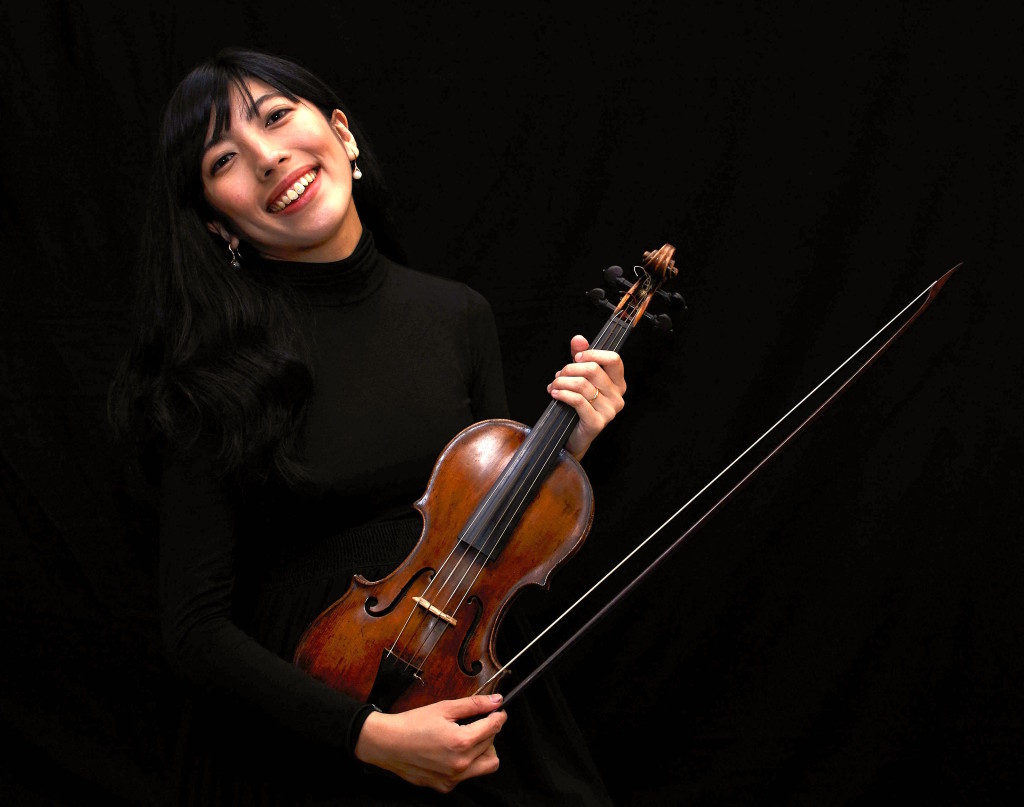 “The time, which, with music, passes in a totally different way from our usual clock. You could experience the universe in three minutes of music!”

In 2013, Asuka Sumi won the International Biber Competition “Romanus Weichlein Prize” in Austria, marking her as an up-and-coming Baroque violinist. Under the guidance of her father, she began to study historical performance practice, subsequently obtaining degrees from the Tokyo Geijutsu Daigaku (Tokyo National University of Fine Arts and Music, 2008 and 2012) and a Master diploma from the Conservatorium van Amsterdam under Lucy van Dael and Sophie Gent. Besides her active participation in many orchestras — including Holland Baroque Society, Nieuwe Philharmonie Utrecht – she is playing a significant role in the formation of young chamber music groups such as Ensemble Odyssee, Seconda Pratica (Ambronay residency in 2014) and Fons Harmonicus  (Utrecht Early Music Festival Fringe Public Prize 2014).  Asuka maintains a strong interest in the historical development of violin technique in the 17th century, and is engaged in the continual investigation of the ‘Late seicento violin music in Bologna and Modena’.

How did you come to start playing music?
My parents are violinists, father with an Italian influence, mother with Viennese style.

What made you start baroque music?
My father gave me a baroque violin when I turned 17.

What is special about historically informed performance?
It brings back the spirit and energy of the music from the time it was written, and I believe it can also recreate the spirit of their audiences too.

What does Amsterdam mean to you?
'Onkochishin', the word by an old Chinese philosopher explains this old city well. The city has roots in 'discover new things by taking lessons from the past'.

Who or what inspires you when you play?
Whoever I'm playing with is the biggest inspiration for my actual performance. Or, in other words, I always love to play with inspiring people like ACC!

What makes a performance?
Dialogue: with the composer, with performers and with audiences.

If you were not a musician, what would be your chosen profession?
Art historian with an iconological approach.

Why are you a musician?
Because it's my calling.

What can music give us?
The time, which, with music, passes in a totally different way from our usual clock. You could experience the universe in three minutes of music!