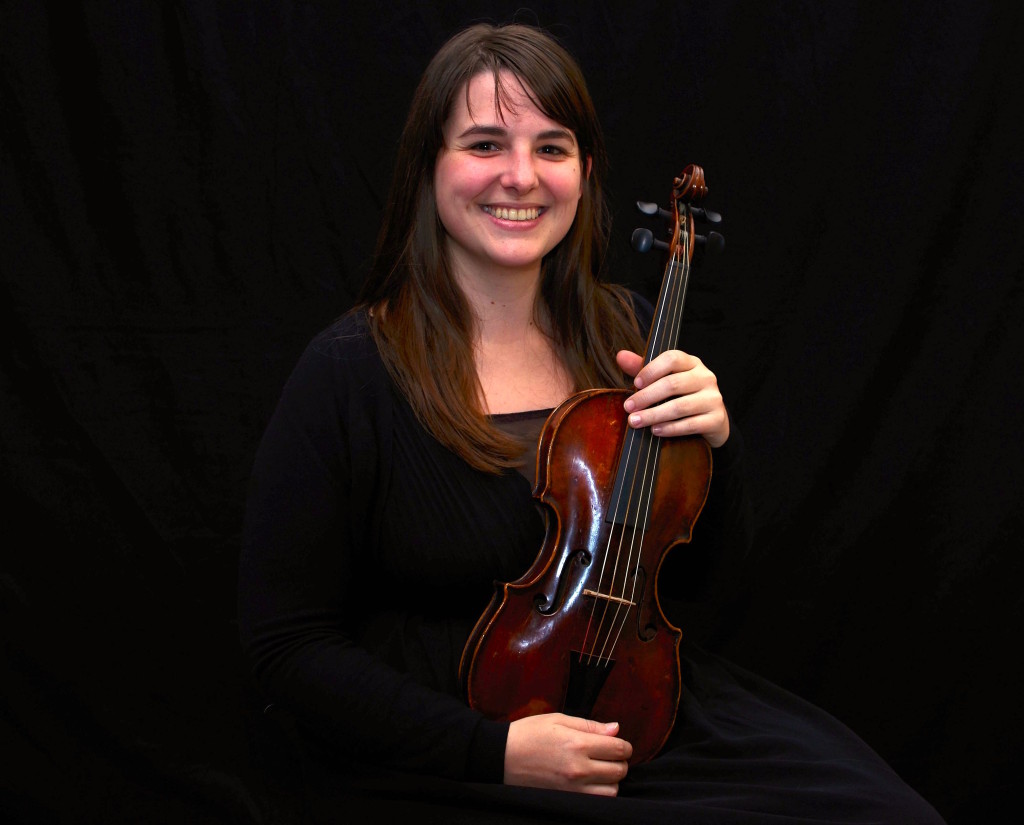 Alba Encinas was born in Onda, Spain and began her violin studies at the age of eight. She obtained her first violin performance degree in 2012, studying at Spain’s top music conservatories in Castellon, Salamanca and Barcelona. In 2011 she joined the Formation Supérieur Sur Les Instruments Romantiques et Classiques in Saintes, France, where her interest in period instruments and historical performance practice began.

Alba has played in modern classical orchestras with conductors such as Lutz Kohler, Pablo González and Jaime Martin. However, she is now more active in the early music field and has performed with some of the top names in early music such as Les Inventions, Bach Orchestra of the Netherlands, European Union Baroque Orchestra, Orchestra of the Age of Enlightenment, La Grande Chapelle and Holland Baroque, among others. She has worked with renowned conductors in the field such as Philippe Herreweghe, Alfredo Bernardini, Alessandro Moccia, Hidemi Suzuki and Sigiswald Kuijken.

Alba currently lives in Amsterdam, where she performs and teaches.

How did you come to start playing music?
Family tradition.

What made you start baroque music?
My boyfriend’s idea…

What is special about historically informed performance?
Freedom.

What does Amsterdam mean to you?
Culture, rain, pancakes.

Who or what inspires you when you play?
Feelings, that’s the point.

What makes a performance?
Performers and audience, and maybe some music.

If you were not a musician, what would be your chosen profession?
Architecture, physics…

Why are you a musician? What can music give us?
Music can take us anywhere, just close your eyes and listen.

What do you do when you are not playing your instrument?
I love making huge puzzles and traveling without any instruments.